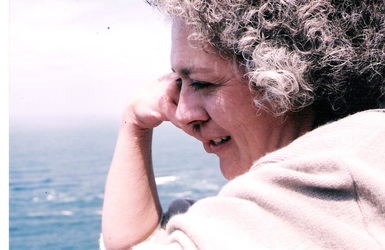 Alethea Williams grew up in southwest Wyoming. Willow Vale is her first novel of the immigrant experience, dealing with the Tyroleans after WWI. Willow Vale won a 2012 Wyoming State Historical Society Publications Award. Her second novel details the Irish immigrant experience and the Orphan Train movement in Walls for the Wind. Walls for the Wind is a WILLA Literary Award finalist, a gold Will Rogers Medallion winner, and placed first at the Laramie Awards in the Prairie Fiction category. Her third book is  a Western American pre-history spanning the North American continent, entitled Náápiikoan Winter, an Inspirational Western Fiction Will Rogers Medallion third place winner, Best Regional E-Book- Fiction Independent Publisher Book Awards Bronze, Laramie Awards finalist, and Goethe Awards finalist. The second in the Irish Blessings series, Joy That Long Endures, is a Will Rogers Medallion bronze level winner. She also has a collection of newspaper columns in print: Boomer Blues Book: Staying Alive and Sane in the Modern American West. Twice president of Wyoming Writers, Inc. she still lives in her native state. 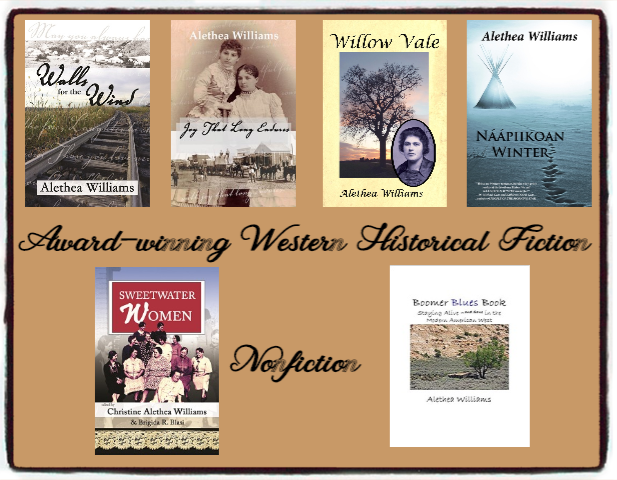 At the turn of a new century, changes unimagined are about to unfold.
THE WOMAN: Kidnapped by the Apaches, a Mexican woman learns the healing arts. Stolen by the Utes, she is sold and traded until she ends up with the Piikáni. All she has left are her skills—and her honor. What price will she pay to ensure a lasting place among the People?
THE MAN: Raised in a London charitable school, a young man at the end of the third of a seven year term of indenture to the Hudson’s Bay Company is sent to the Rocky Mountains to live among the Piikáni for the winter to learn their language and to foster trade. He dreams of his advancement in the company, but he doesn’t reckon the price for becoming entangled in the passions of the Piikáni.
THE LAND: After centuries of conflict, Náápiikoan traders approach the Piikáni, powerful members of the Blackfoot Confederation. The Piikáni already have horses and weapons, but they are promised they will become rich if they agree to trap beaver for Náápiikoan. Will the People trade their beliefs for the White Man’s bargains?
Partially based on the works of Canadian trader, explorer, and mapmaker David Thompson, Náápiikoan Winter spans a continent, examining the cultures in flux at the passing of an era and the painful birth of another.
Buy links:
Kindle
Amazon
Barnes & Noble

In this inspiring novel of hope, from opposite sides of an ocean two people wounded by the Great War are fated to meet and try to rebuild their lives. Francesca Sittoni was brought against her will to America by the husband she never loved. Now she finds herself alone-widowed, pregnant, and with a small daughter to support. Terrified of being deported back to the Tyrol valley of her birth in the Dolomite Alps of Italy, Francesca answers an ad placed by Wyoming rancher and former dough boy Kent Reed. As their contracted year together passes, Francesca begins to ask if she is cook and housekeeper to Kent...or a secretly sought mail-order bride as the meddling neighbors insist? Only Kent Reed, burned by mustard gas and his spoiled former wife's desertion, knows his heart's true desire when it comes to the beautiful Tyrolean woman now living in the uncomfortably close quarters of his small ranch house.
Sharon Wildwind of Story Circle Book reviews says, "This book is not only a fine read in itself, but it also could be a springboard to read with older teen-agers as an introduction to discussing what real love and real maturity mean. A lovely, hopeful story."

Can an angel survive Hell on Wheels? When Kit Calhoun leaves New York City with a train car full of foundlings from the Immigrant Children’s Home, she has no clue she might end up as adoptive mother to four of them in rip-roaring Cheyenne, Wyoming. Kit has spent her life in the Children’s Home and now she rides the Orphan Trains, distributing homeless children to the young nation’s farmers as fast as the rails are laid. The first time handsome Patrick Kelley spies Kit in Julesburg, Colorado Territory, he wants her. But circumstances, and a spectral-looking demented gambler as well as Kit’s certainty no one in his right mind would want her cobbled-together family, conspire to keep them apart. First in the Irish Blessings Series, as Patrick and Kit and her brood ride Hell on Wheels into their destiny, they’re all forced to leave behind everything they knew and forge new lives in the raw American West.

Joy that Long Endures is the second of the Irish Blessings series of historical novels that began in Cheyenne with Walls for the Wind. The series tells the stories of Irish immigrants set along the tracks of the new transcontinental railroad in Wyoming Territory. A former iron man for the Union Pacific, Devin Cavanaugh labors day after day to transport loads from the little railroad town of Bryan 100 miles over dirt trails to South Pass City. He wants only one seemingly unattainable thing: to be his own man. Dulcinetta Jackson, taught from childhood how to profit from the dreams of desperate men, wants the one thing denied her by her life of fabulous wealth: the place bestowed on those accepted in respectable society.
What happens when very different people with different ambitions team up to gamble on achieving their dreams?
WILL ROGERS MEDALLION BRONZE AWARD winner
​Buy links:
Kindle
Amazon
Barnes & Noble

In Sweetwater County’s early days, there were few choices open to a woman, and it’s not hard to guess the occupation of Anna Wright, who appeared in court in Bryan in 1868 for being drunk and fighting. Wyoming Territory offered women the right to vote, to own property, and to receive the same salary as a man for teaching school. Even after statehood, progress in true equality in the “Equality State” was slow in coming and for the most part uneven. May Bosworth Chambers made a quiet stand for women’s rights in her own home among her women friends, charging them a penny if they called each other by their husband’s surname instead of by their own first names. Bess Crouch defied a long tradition of racism by refusing to sit in the back row at the Green River movie theater. Many women arrived in Sweetwater County as immigrants who had to learn a new language and a new culture, and who sacrificed in untold ways so their children could succeed. A few women defied stereotypes, like Mamie Barrett who fought the Union Pacific and her brothers all the way to the Wyoming Supreme Court to keep her family sheep business. Both World Wars opened up new jobs to women and they have continued their gains in employment. Few, in the past as today, earned celebrity status. Most just quietly did their jobs, whether in the home or the workforce, their contributions for the most part unsung. This book, a celebration of all Sweetwater women, seeks to remedy that omission in a small way.

Dads. Sons and daughters. Work. Wyoming. My editor said to write about anything, and so I did. This collection of columns was first published in the Green River Star at the turn of the new century. Some things have changed for boomers over the years (most obviously, our hairlines and waistlines), and some things have become even more like they were! Back in the '90s most of us were still working, and these columns reflect those concerns as well as timeless topics such as valuing children, raising children with values, and the value of living in a healthy environment. Some have been edited a bit. I have indicated the exact or approximate date each was published, and added a few comments. The one thing I learned about myself in going back over these columns is that I was never at a loss for words. I enjoyed re-visiting the self I was then and finding out how relevant the insights still are today. I invite you to participate in this penetrating look back at what was important—and still is!— to me and to the people who live in the modern American West.
Buy links:
Kindle